These four stories from Taiwan could soon be famous in Germany 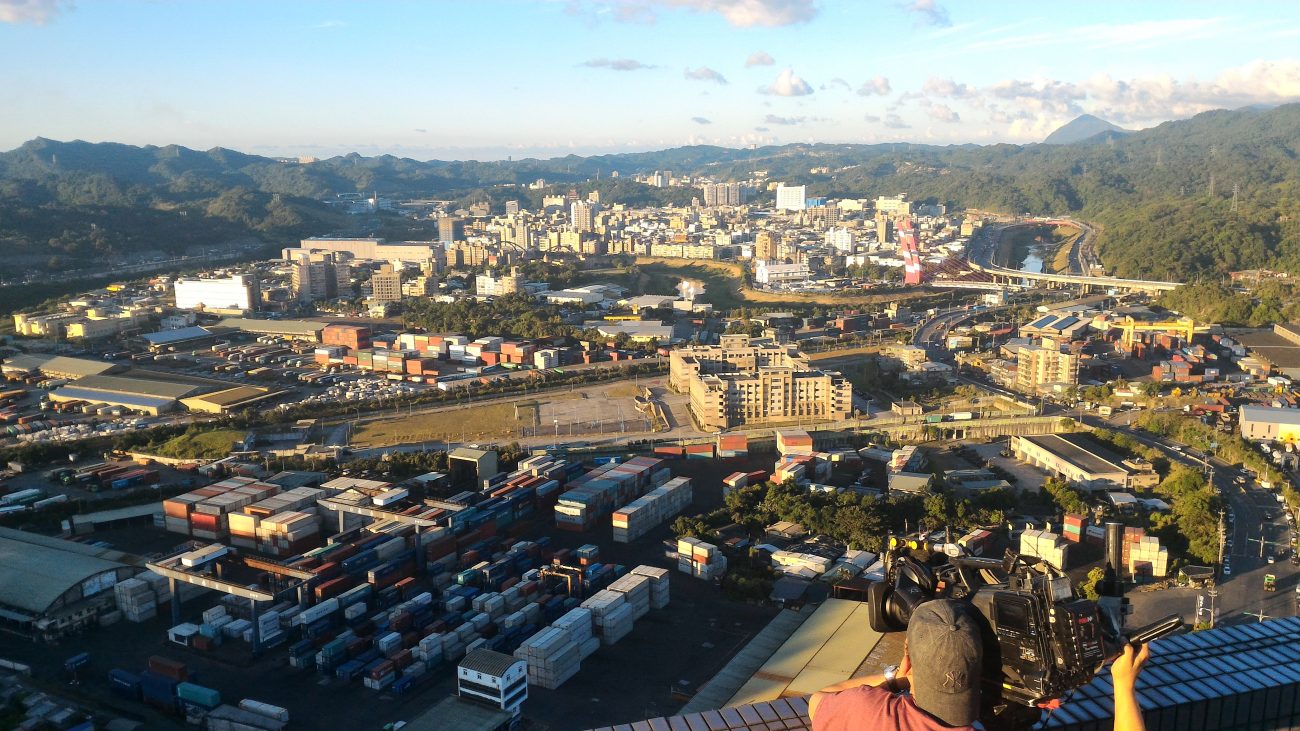 How I help German TV report about Taiwan

A German TV team just came over, and together we filmed four stories in Taiwan. What about? And how did that happen? Let me explain! 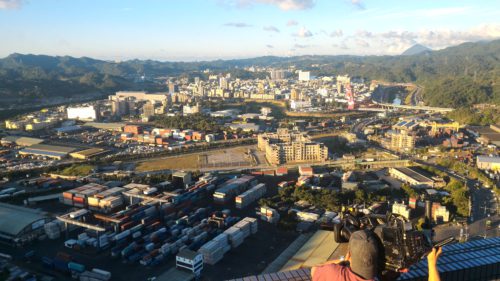 Back in Germany, I worked as a TV reporter in Hamburg. After moving to Taiwan in 2009, I still enjoy shooting and editing my own TV reports whenever there’s an opportunity.

However, it is not always possibe for me to do all the work on my own. Germany’s two public TV networks (ARD and ZDF) both have a global network of foreign correspondents whose sole purpose is reporting from abroad, so the stations prefer to give assignments to them, in-house.

For a few years now, I have been collaborating with the ARD East Asia studio in Tokyo, keeping them abreast of developments in Taiwan, suggesting stories and preparing shootings. They’re covering Taiwan in addition to Japan, the Koreas and the Philippines.

On average once a year, a team comes over from Tokyo, usually consisting of the correspondent, a cameraman and a sound assistant. Then they film a bunch of stories that I helped them prepare.

I research background information, find interview partners, organize the itinerary, and go on location to help the team with all questions that arise, including translation. It’s called fixer, stringer or producer in TV lingo.

It helps that I am a TV journalist myself, so I understand how they think and what they need.

The last time a team came to Taiwan was for the 2016 elections. So it was about time to report from Taiwan again.

These are the four stories we filmed this time:

Continue reading below for more details!

You can now support my work in Taiwan

If you think that what I am doing is valuable for Taiwan, and you would like to support me here, there is an easy way now.

I have a new page on Patreon.com. Have a look at it.

Using PayPal or other methods, you can choose to send a small monthly amount my way, starting at US$1.

For a long time, it looked as if Taiwan would beat Germany to introducing real marriage equality for homosexual couples. Then, in a surprise move, the German parliamentarians changed the law just before the end of their term.

Still, Germans are debating this topic, and they are interested in the situation in other countries.

For our report, we met a gay and a lesbian couple to learn more about their situation. 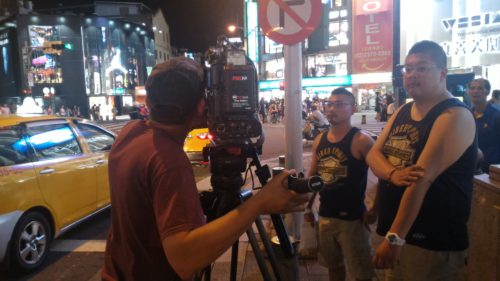 Hsiao Hsiong („Little Bear“) and A-Guo live near Taipei. They are planning to get married as soon as possible and are now shy about publicity.

Recently, they filmed this remarkable video where they surprised people in a park with a proposal, testing their reactions.

Jovi and Mindi live in Zhongli together with little Miao Miao. They want to be able to formally adopt her, which is currently not possible.

„Our goal is for both of us to be listed as her mothers on her ID card,“ they told us. 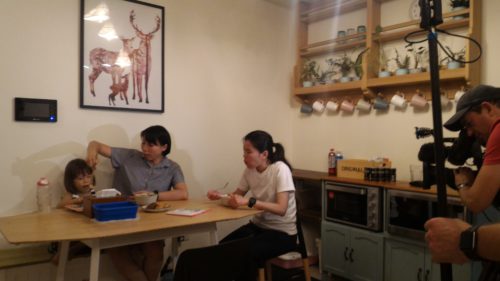 Here is an article (in Chinese) about their family.

They used to be everywhere in Taiwan: Water buffalo, the farmers‘ best friends and helpers. They have long been replaced by tractors and other machines. But a few Taiwanese are trying to keep this part of Taiwanese culture – and the animals themselves – alive. 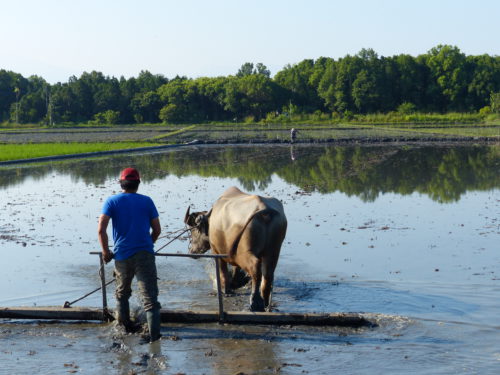 At just 34, Kao Yi-hsin is exceptionally young for a farmer in Taiwan. He gave up his previous occupation to become an organic farmer.

Seeing water buffalo, he was fascinated by these animals and now has two of them, which he uses to work his rice paddies, and those of other farmers, in rural Changhua County. Read an English article about him.

Mr. Kao learned about the animals in the Water Buffalo School of Lee Chun-hsin in Hsinchu County. 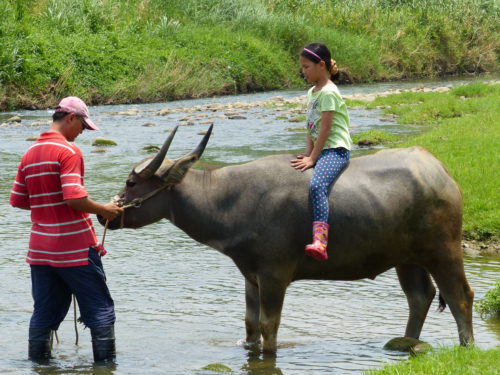 Lee is an artist who promotes water buffalo culture through an association. He also own several animals and takes children on summer camps, letting them get acquainted with rural life. Watch a Taiwanese TV report about him.

After taking care of his wife until her death, Chang Hsiu-hsiung needed a new purpose in life. He found it in traffic safety. Every day, in the small hours of the morning, he takes off on his scooter to clean convex traffic mirrors that have been put up at dangerous sections of roads. 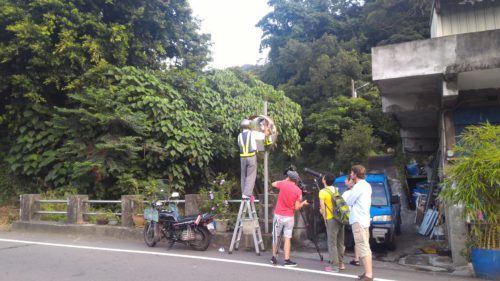 Chang has been doing this for years. Every eight months, he starts his tour from the beginning, keeping meticulous records of the mirrors he cleanes. He estimates it’s been more than 80,000 so far. He probably has prevented accidents, maybe even saved lives. 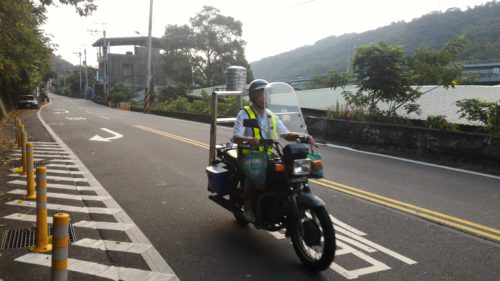 The Taiwanese authorities have honored him with medals for his volunteer work, and they also provided him with a reflective vest, so he reduces his own risk of being hit. Read more about him in this English article or watch this Taiwanese TV report.

Since their launch almost two years ago, Gogoro „smart scooters“, made in Taiwan, are slowly convincing more and more riders in their home country to go electric. And they are now also available to ride in Berlin, where Gogoro and Bosch collaborate on a scooter-sharing program. So we wanted to let Germans know more about how they work. 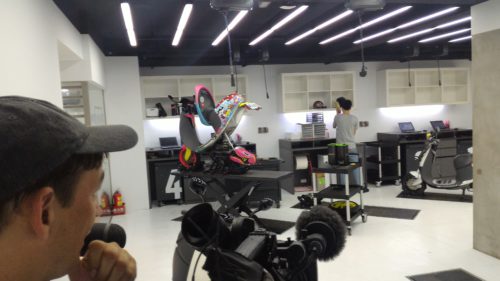 We went to one of Gogoro’s flagship stores where we saw the new 2nd generation model and also had access to the maintenance department. 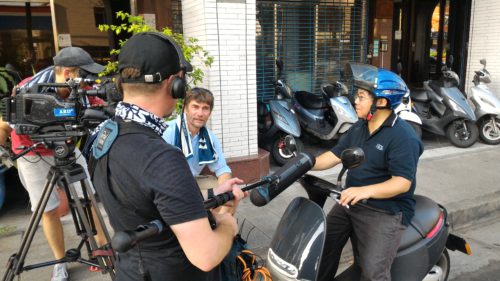 And we met an owner who bought his Gogoro very early, it has the serial no, 365. He demonstrated to us how the charging stations work. 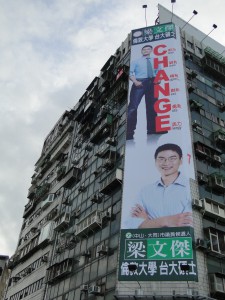 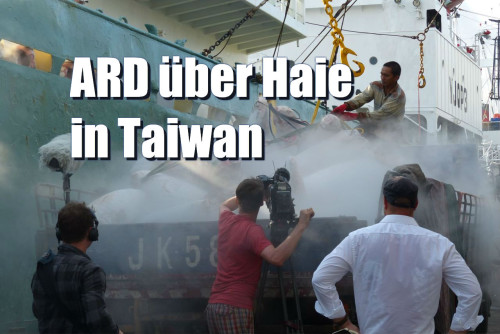