„I knew nothing about my country“: Who is behind the „foreigners talk about Taiwan“ videos? 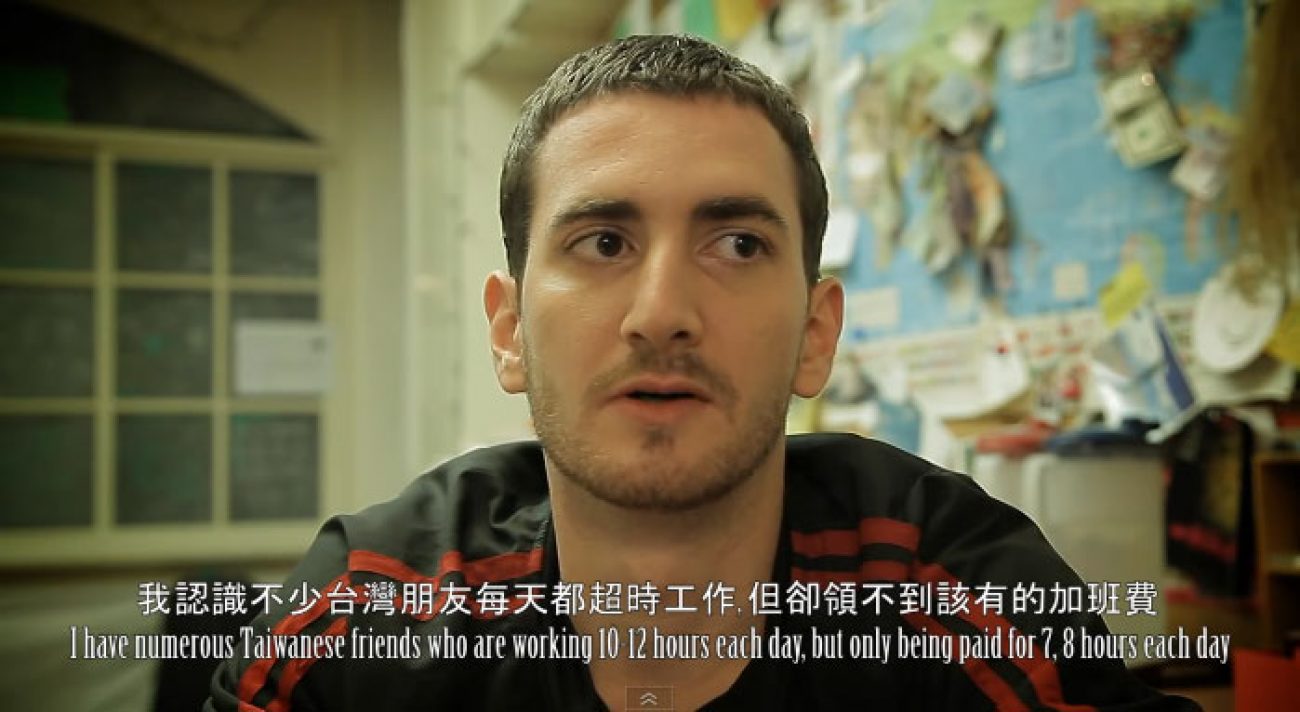 If you are interested in Taiwan and spent any time on YouTube recently, you probably noticed some very popular videos in which foreigners share their opinions about Taiwan, for example „Taiwanese Girls Are Not Easy“ or „Taiwan’s Unreasonable Working Conditions“.

These videos are not only massively successful, they also offer perspectives on a lot of interesting questions. So who is the person behind this new voice in Taiwan’s social media sphere? I decided to find out and ask him why he is doing it.

Although this guy is the face of many of Stop Kiddin‘ Studio’s most viewed videos, he is not the director. 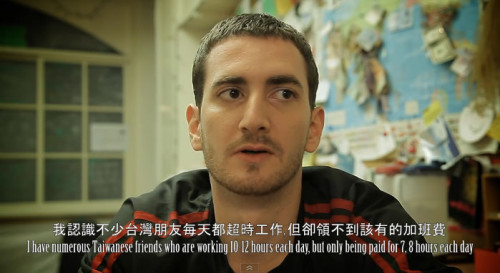 Responsible for the videos is 30-year-old Johnny Chiang, a Taipei native who recently returned to Taiwan from Oklahoma, where he graduated in Broadcasting.

His YouTube channel is Stop Kiddin‘ Studio. At the time of writing, his 12,352 subscribers have generated almost 2.3 million views, which is remarkable.

(On my own YouTube channel, I am happy if a video has more than a few thousand views. The Taipei 101 fireworks are an exception.) 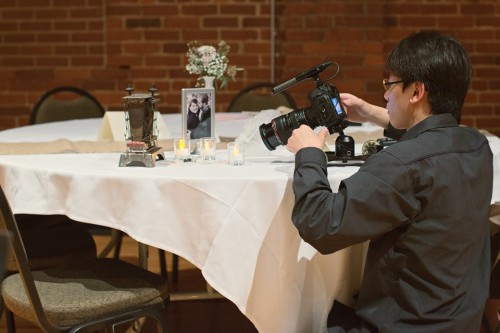 One of the reasons is probably that Chiang subtitles all his videos in both Chinese and English, so he does not lose Taiwanese viewers who might not be used to watching English content. It also helps that his recent videos have a nice DSLR look and are elaborately edited. But most of all, it must be the subject matter driving viewers, Taiwanese as well as foreigners, to watch and share his videos.

Your Youtube channel has really taken off during the last few months. How do you explain this sudden popularity?

Well, I think a lot has to do with the local media. Several of my videos were featured by them. Why? Maybe because some stories or topics we did caught their attention. Maybe they thought it was interesting enough to write articles about.

What do those stories that have been picked up have in common?

They are about cultural differences, certain phenomenons. Media are looking for stories every single day. Our videos kind of offer them a different perspective to look at some issues. Plus, I have done most work for them already: interview, edit, subtitles… all they really have to do is copy and paste.

What do you mean by „a different perspective?“

For instance, the Krispy Kreme video that I did: I was actually in line for almost two hours to experience it. I think it’s crazy. So I interviewed an American, who has seen Krispy Kreme in his home country, to sort of provide his input on how „normal“ those donuts really are. My intention was to show the audience what others see in this phenomenon. And let people discuss the issue.

Would you say Taiwanese, and by extension Taiwanese media, are especially interested in how foreigners perceive their country, culture etc.?

I can’t really say if Taiwanese media are „especially“ interested or not. I mean, personally, I do. That’s why I am doing it. But do they feature my videos based on that reason? I am not sure. All I can say is, perhaps no one is really doing that consistently right now on Youtube, so if it’s a new thing.

„I would love to interview as many foreigners as I can“

Is it because you know both sides? You’ve spent a lot of time in the US, right?

I spent five years in the US. But I wouldn’t say I know both sides well. I just know there is a difference, there always is. So I would love to interview as many foreigners as I can, to find more diverse answers or opinions on different matters.

What did you do in America and where? How did the time there change your perception of Taiwan?

I first went to Canada after high school, spent two years in Vancouver from 2001-2003, and came back to Taiwan to work for four years. Then I went to Oklahoma for five years. I got my college degree in broadcasting.

Taiwan is my country. However, I feel like I don’t really know much about it. That’s why I started doing videos for/with foreigners, because I have seen some of them spend many years in this land. I actually saw a Youtube video before I was still in the States. It’s a video called „Why Do Backpackers Seldom Come to Taiwan“. I believe the video was done by three Taiwanese college kids.

I was touched, so after I came back, I tried to approach them to see if I could join them and help. After waiting for two hours in front of the computer with no response I decided to just google „backpackers“ myself. That’s how I really started this series last August.

„We will travel around Taiwan to feature stories around different cities“

Who are the foreigners in your videos, how do you find & convince them? I am thinking especially of the American guy featuring in many videos, who is quite elaborate.

I found some of them in hostels. The American guy likes to talk as you can see. But somehow, I feel like a lot of viewers out there think that he = us. You can’t really blame them since he’s on several videos. But we are not trying to turn this channel into his own talk show. We will also travel around Taiwan this year to feature more stories around different cities. And I will have different people talk about different subjects/topics as well.

„I knew nothing about my country.“

So doing these videos, what have you already taken away from the experience?

I have learned that I literally knew nothing about my country. There are so many more foreigners who know more than I do. I have also realized there are a lot of foreigners in Taiwan right now, which is a good thing. Taiwan already barely has any recognition in the world, I think to have more foreigners to discover our kindness and beauty will help us in the long run.

Do you have an agenda with your videos? What would you like to achieve?

My original goals is really just to show Taiwan through foreigners‘ perspectives. I can produce a variety of videos. I don’t want to limit my styles or stories. Ultimately, I want to build more audience, so Taiwan can be seen by more people from anywhere in the world.

Video: An American’s Perspective about Taiwanese Girls and Clubs

I noticed that sometimes you take on subjects that people tend to discuss quite controversially, like „Are Taiwanese girls easy?“ Other videos appear to be more focussed on entertainment.

I did that topic  because the Amercian guy saw what happened in clubs, and I personally heard foreigners talking about that in the gym. Controversy gets views though. As kind of a media myself, me and those foreigners will talk and generate ideas. I offer the chance, they talk, I film. At the end of the day, they offer their „observation“. I just put those opinions together.

Video: How to Make Friends With Female Foreigners

To you, do all the topics that are discussed in your videos carry the same weight? Work conditions as much as „how to pronounce foreign girls‘ names“?

I am truly into entertaining areas. But in the beginning, it was slow. Then, the video about girls and clubs went viral. That’s when I realize, in order to promote what I really want to do, introduce Taiwan, I need a solid viewing base. To achieve that, I have to do topics that people would be interested in. That’s why I also did unreasonable workings condition, CCR, Krispy Kreme etc. But I never forget what I really need to do, like, taking backpackers to travel around. I want to go to as many cities as I can.

Do your videos already make some money helping you towards this goal?

I am waiting for the Google Ads. It’s so tricky though. They have to send me a code first to activate my pin or something. Then after that they will send the money, I guess, but I have no clue how much.

So apart from doing these videos, what are your plans, or what do you keep yourself busy with?

My plan is to continue to produce videos. I try to have at least one per week, I would prefer three videos a week. But it’s hard to find foreigners.

Do you see your future in TV? Cinema?

I don’t really think about that right now. I just know I have to work as hard as I can. At age 30 , time is flying. I just need to work hard, and maybe good things will happen. If not, at least I give everything I have.

What do you think about Johnny Chiang’s videos? What would you like him to focus on? Please leave a comment. 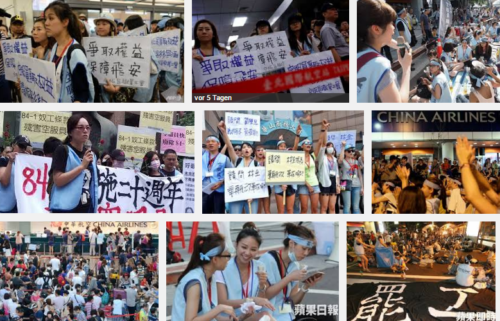 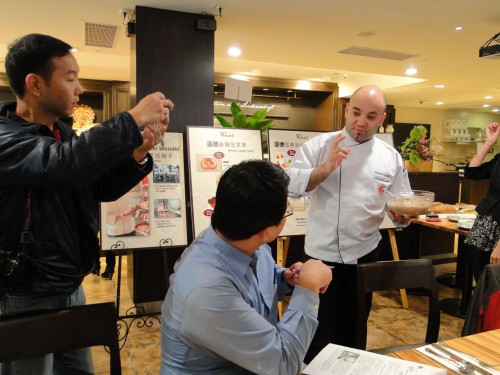 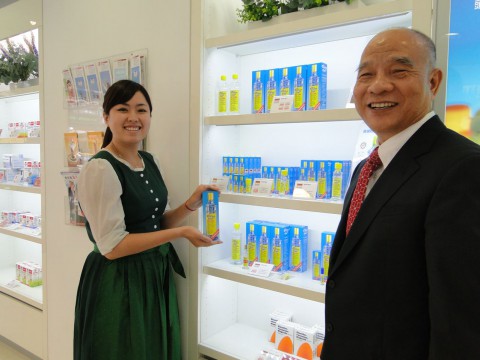