Pretending to care, or: How Taiwan’s Government is afraid of using English

You cannot say Taiwan’s government does not care for foreigners. For example, they regularly advertise their 24-hour hotline for foreigners (0800-024-111) in English papers like the Taipei Times – but then again, the ad is Chinese only. 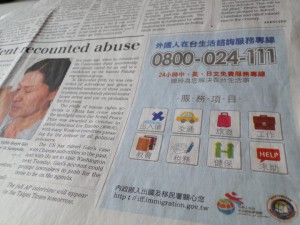 Back in November, the Ministry of Transportation and Communication announced a web contest to root out badly translated English signs. Good idea, bad execution: The website was Chinese only. Pity the Taipei Times did not notice it back then, I thought.

Now, this “contest” is over and the Taipei Times fell for the Ministry again. Reason enough for me to sit down and write this letter to the editor, which so far has not been printed, so I post it here.

Does anyone actually believe that all over Taiwan, there are only 72 signs with bad English translations? Yet that is what the Ministry of Transportation wants us to believe, according to a recently finshed call for entries on Facebook, and the Taipei Times fell for it (“Netizens root out Chinglish Signs”, Feb 17, p.2). “This showed that problems with bilingual signs are not as serious as some people might think”, said the Deputy Minister.

Actually, all it shows is how the Ministry succeeded in getting the results it wanted. This whole contest was a sham, giving away Wiis and other gifts or not. The Facebook site and website were not even linked to from the Ministry’s own Website, and worst of all it was in Chinese only, thereby effectively excluding the vast majority of foreigners living in Taiwan from participating – precisely those people who know best about the problem. I would have expected the Taipei Times of all media to report on the inanity of this concept, but alas, maybe the reporter did not know how to find the websites either.

Furthermore, the ministry singled out signs from Tainan and Kaohsiung as being especially badly translated, playing to cliches of southern Taiwanese as clueless country bums. How about taking a look instead at the official English booklet for this year’s Lantern Festival, published by the Taipei City Government? Prepare for some good laughs, though, as obviously no native English speaker had a look at it, ever. Talk about losing face – is this how Taipei City wants to present itself to foreigners?

Having pointed this out, I will also take my Wii now, thank you very much. 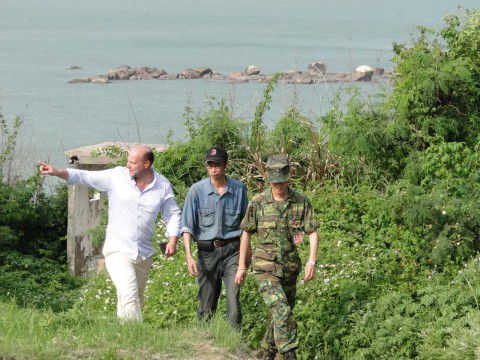 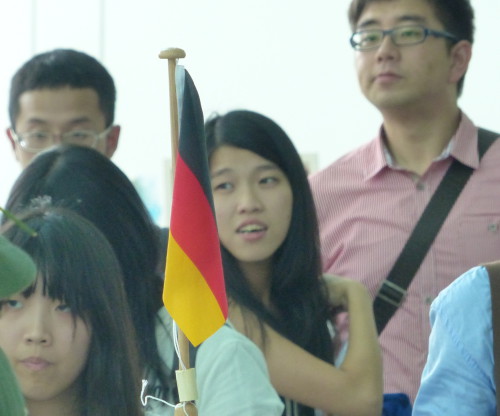 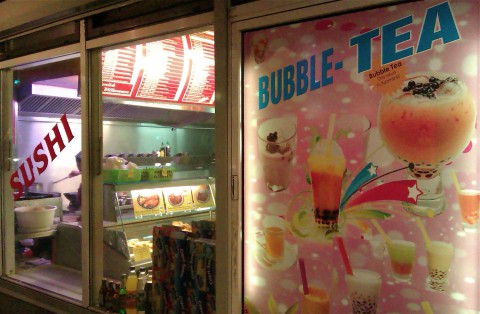