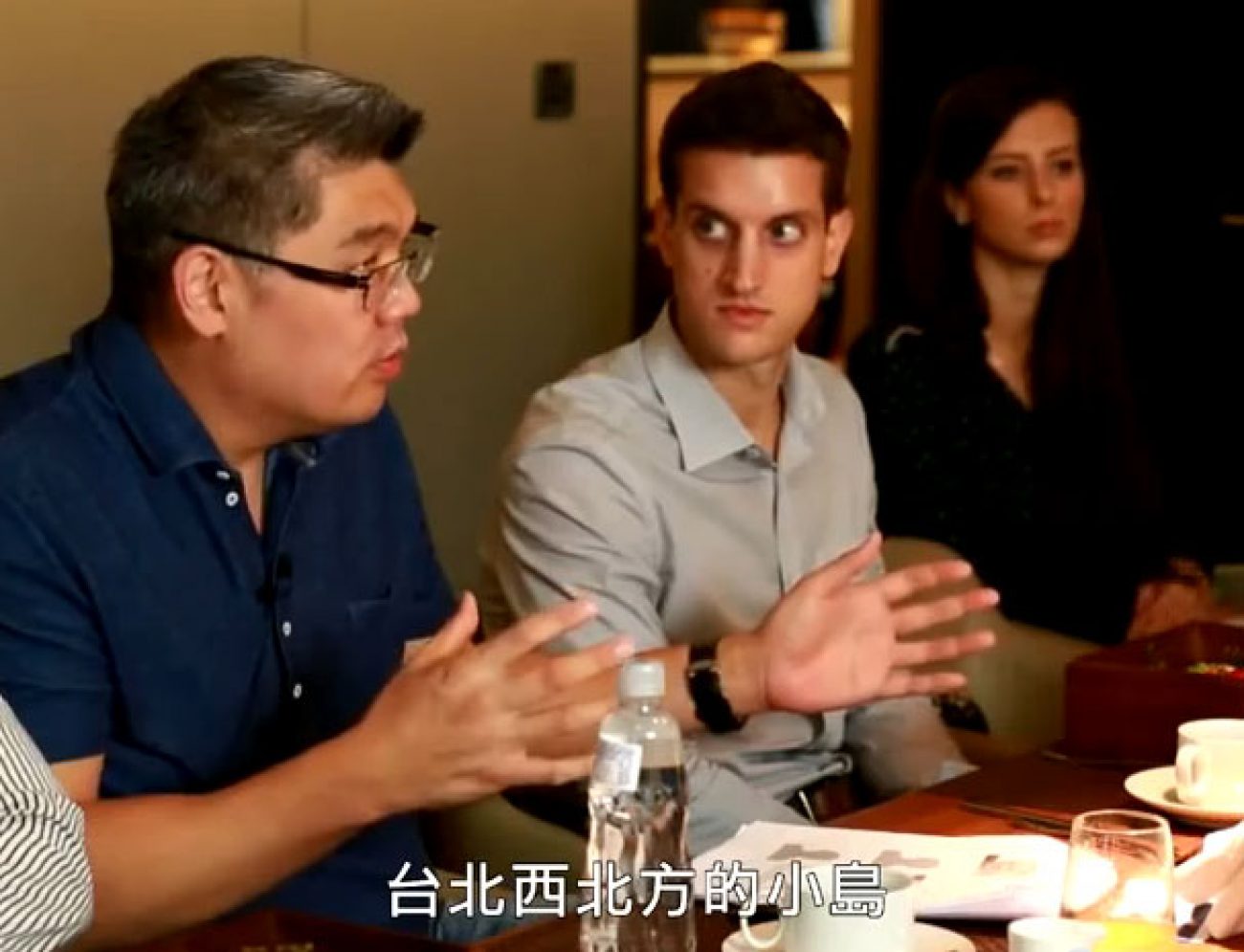 It’s all about Taipei!

Many Taiwanese netizens are ridiculing a campaign video of Sean Lien (連勝文) meeting a group of foreigners over lunch. Lien is the KMT’s Taipei City mayoral candidate. Me, I am not sure what to make of that video. So I invited two fictitious friends over for a discussion. 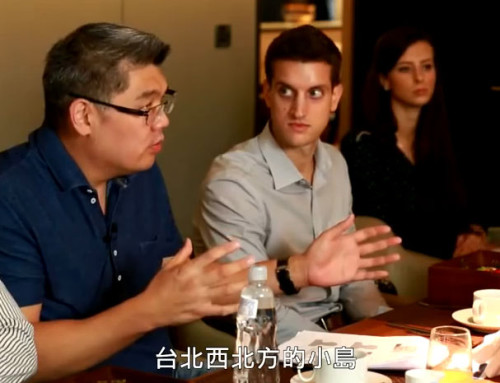 Mr. Blue: So I just saw that video of Sean Lien’s lunch talk with foreigners.

Mr. Green: The one everybody is making fun of right now? That currently has 158 likes and 3019 dislikes on YouTube?

Well, for one Lien took the time and talked to expat residents. How many Taiwanese politicians do that?

Who believes that he really cares about what they had to say? He just wanted to look cosmopolitan and show off his international experience. It’s all pandering to Taiwanese voters.

So what, it’s an election campaign. He did sit down and listen to what they had to say. And he had a point, saying that foreign residents experience a city differently than locals, that they notice other things.

Not that these foreigners had a lot to say, at least in the released version of the video.

They asked him about electric cars and green transport systems, and about Taipei’s terrible architecture. I find these subjects relevant for anyone living in Taipei. 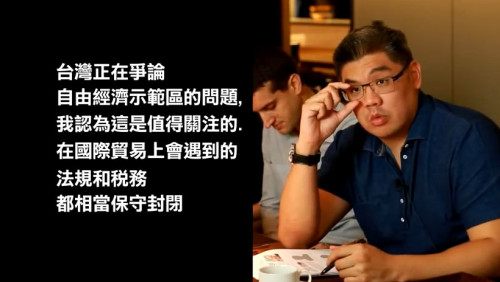 They also asked him when Taiwan will finally introduce economic free trade zones and end „protectionism“, which is basically pro-big business KMT propaganda.

It is something that the country is currently debating.

„That small island in the north-west side of Taipei“

And what did he come up with? That he wants to turn the area of Shezidao into a pilot free trade zone. A part of Taipei that has never been overdeveloped because it is constantly threatened by flooding, being engulfed by rivers on three sides? 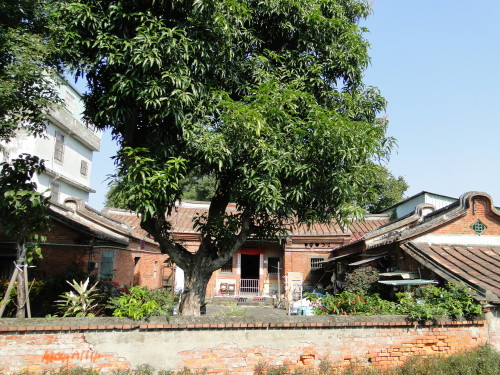 So what, the more than 10,000 residents there don’t deserve some money finally coming their way?

Shezidao is a traditional DPP stronghold, so from time to time KMT candidates feel the need to pander to them. Before the 2010 elections, Mayor Hau Long-bin promised to turn Shezidao into „Taipei’s Manhattan“. So now that castle in the sky has become an economic free pilot zone.

Let’s go back to the video. Lien’s English was excellent. I think Taipei City needs a mayor who can represent it well internationally.

What does speaking English have to do with running for office in Taiwan? Also, I think one of the reasons so many netizens dislike the video is that they feel Lien is boasting about his expensive international education and work experience, which was only possible because he is a KMT princeling, coming from an ultra-rich and super-connected family.

No one can choose his or her family. People should not hold his background against Lien.

Sure, it’s probably just a coincidence that his father Lien Chan was ROC vice president and KMT chairman.

Sean Lien is an experienced business leader in his own right. He turned around the Easy Card Corporation between 2008 and 2010.

A job that had been handed to him by incumbent mayor Hau Lung-bin. Another KMT princeling, by the way.

That smells of character assassination. And again, why are we not talking about the video? I appreciate Lien’s gesture, acknowledging that there are foreign residents in Taipei who have a legitimate interest in the development of this city, even though they cannot vote.

You mean foreigners as in „white people“?

No, there was a black guy sitting at the table. I looked closely. 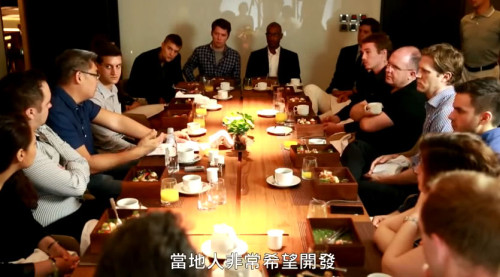 What about immigrants from other Asian countries, who make up the majority of foreigners in Taipei? This pretty much looks like one privileged group talking to another.

You are just jealous that you weren’t invited.

Maybe Taipei City is just not the right place for you to live.

So there you have it. Make up your own mind.

(No, this was not an actual dialogue.)

Check out my e-book Taiwan: Snapshots of Democracy in Action.

I am a German reporter living and working in Taiwan. Read more English posts on this otherwise mostly German blog. You can also follow me on Twitter, Facebook, Vine, and Google Plus. 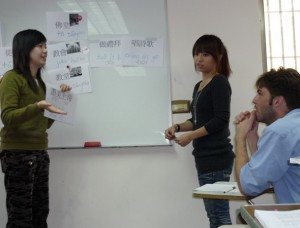 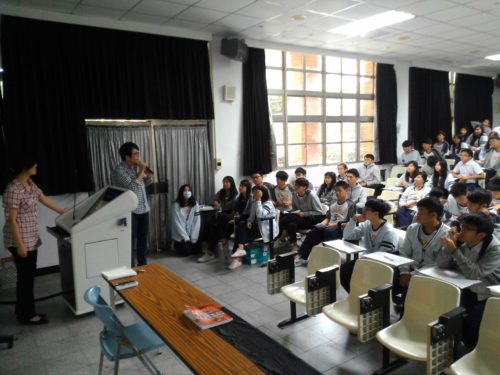 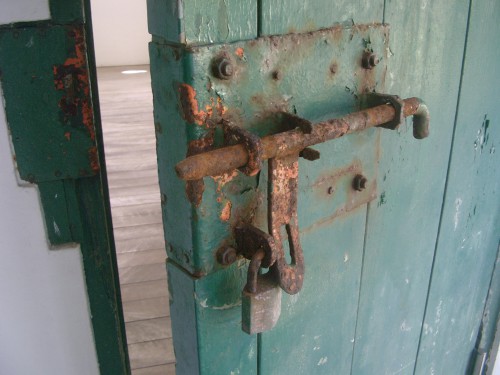