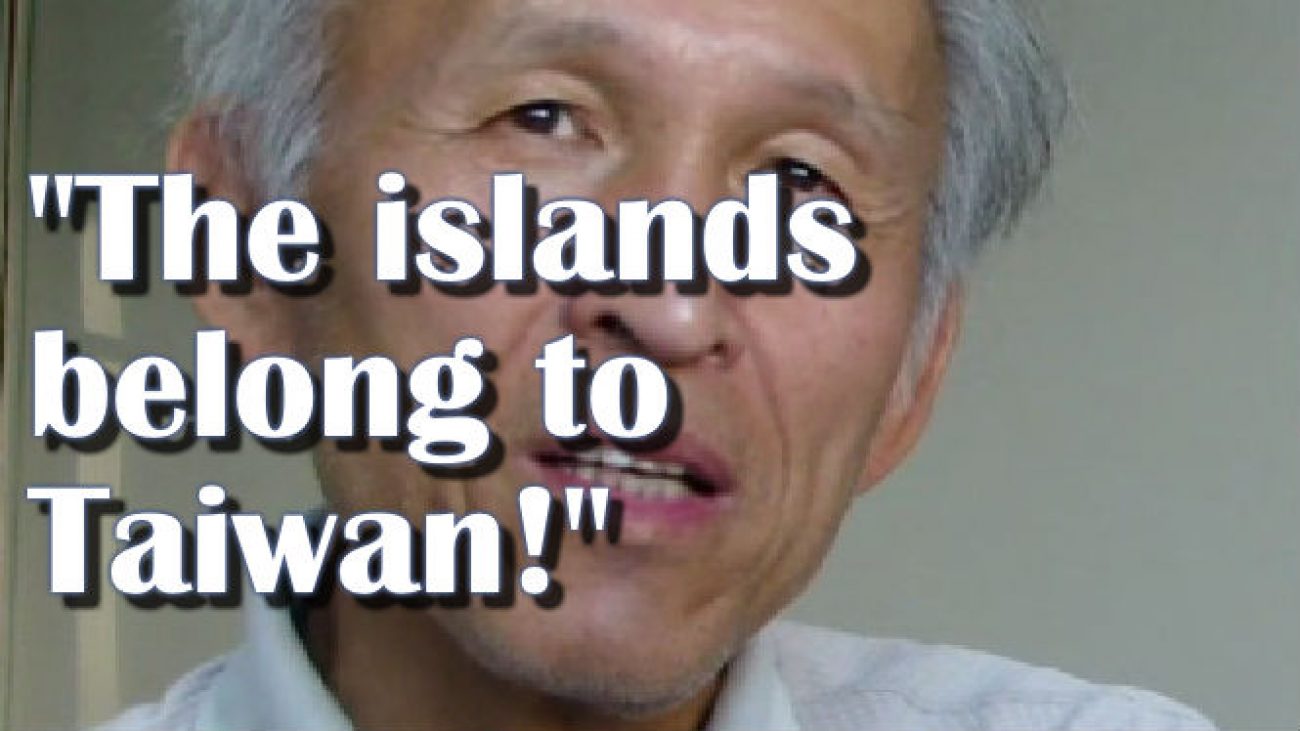 The uninhabited Senkaku Islands in the East China Sea are administered by Japan. Like the People’s Republic of China, Taiwan (a.k.a. Republic of China) claims the Diayutai Islands, as they are known in Chinese, as its territory. Some Taiwanese groups have been protesting against Japan for decades.

With the subject making headlines and the ROC government loudly stating its claims, these groups have recently gained more traction. Lin Shiaw-shin (Lin Hsia-hsin, 林孝信) is one of their most influential leaders. I interviewed him for a report on Deutsche Welle.

In the interview, Lin suggests joint patrols by China and Taiwan and does not rule out that the conflict might escalate to a point where shots are fired. This is the video:

On 23 September 2012, Lin’s group staged a large demonstration in Taipei. Some sources report up to 5000 participants. The „Alliance to Protect Diaoyu Islands by Everyone“ was not directly involved with a Taiwanese fishing fleet and Coast Guard ships heading toward the islands and engaging in a water cannon battle with the Japanese side on 25 September.

Because his anti-Japanese activities did not fit the official policy of the time, the ROC government put Lin on its blacklist in the 1970’s and confiscated his passport, preventing him from returning to Taiwan for many years.

After WWII, Japan has consistently been one of Taiwan’s most important allies. The PRC has never ruled out invading Taiwan and is doing everything it can to keep Taiwan off the diplomatic stage.

Why did you become a Diaoyutai activist 40 years ago?

(0:30) At that time, we students studying overseas in American colleges, in American graduate studies, we have lots of students from Taiwan over there. And at that time, most of us, we are really angry at the Japanese invasion, the Japanese occupation, and they just try to kick away the fishing people over there. We are just very angry at this kind of Japanese behaviour. And we think we have the full evidence that it belongs to Taiwan, is one of the near isles of Taiwan. It is not part of Japan at all.

What do you demand from the Japanese government?

(1:25) The Diaoyutai belong to us. So we want the Japanese government unconditionally retreat from that island. In the past 40 years plus, their boats just circle around that isles. And our fishing boats when try to fish there, which had been fishing for more than couple hundred years… They were displaced by Japanese boats. We protest against their behaviour.

Why do you think the Japanese are acting the way they are?

(2:25) Number one, we think the Japanese government eagerly wants to have some oil or gas reserves over the continental shelf of Eastern Asia. Because the territory of Japan is not in the continental shelf. So they don’t have any right to exploit the mines over there. Only when they occupy Diaoyutai, they have the right to exploit those oil or natural gas or other minerals under the sea. So I think that is the most important reason why Japan tries to occupy that isles. And next, we think that Japanese militarism try to return to their past, try to enjoy the past glory before WWII. At that time, ever since the Meiji Restauration in the 19th century, they tried to occupy the territory of their neighboring countries or even to occupy a foreign country, like Liuqiu. Liuqiu actually was an independent state before 1879. It was occuped by Japanese government. After WWII, they should be allowed to be independent. But unfortunately, in 1972 they occupy Liuqiu again. And I think that is the same story. The next step is try to occupy the Diaoyutai isles.

Are you satisfied with the actions of Taiwan’s government?

(4:55) Yes, we are satisfied, but we thought the Japanese government or militarism they really don’t disregard our protections. So we would like, want our government to protect more strong. (…) For example, if they don’t retreat from there, then we should try to consider cooperation with mainland China to protect that islands.(…) Maybe they have some joint force to safeguard our fishing boats over there.

So Beijing’s claims on the islands bother you less than Tokyo’s?

Would PRC forces close to Taiwan’s coast not pose a danger?

(6:45) The problem between Taiwan and mainland China is another bigger problem. According to my judgement, Beijing government won’t do that kind of things, no. They try to peacefully settle the problem between mainland China and Taiwan. It is not in the interest of them to do this way. (So you rather trust the government in Beijing more than…) Yes. Because up to now I don’t think the Diaoyutai problem, they do anything harmful to our people or fishing people at all. They just try to protect against Japan, have the same goal as us.

What do you think of the violent anti-Japanese protests in China?

(7:50) I think it is not very good behaviour. But also I can understand why they have this kind of behaviour. Because Japanese militarism invaded China and caused more than 35 Mio. peoples suffering during their invasion. So most people, most Chinese people in mainland, their relatives or their good friends, or somebody they (?) suffer this kind of invasion. So that’s why they have this kind of emotion. So I can understand their emotion, and I sympathize their feeling, because they are victims.

What do you think about the U.S. backing Japan’s claims?

(8:50) We are not satisfied with the stand of the U.S. goverment. We think they are not useful. (…) Because even if they understand we have dispute, we have, as I just mentioned before, we have the older evidence that Diaoyutai belongs to us. But the U.S. government has just disregarded this evidence, and besides they seem to side with the Japanese government, so we think they are not useful.

Could the Diaoyutai conflict escalate into war?

(10:20) According to the past experience, number one, I think Japanese government, they will be restricted by the United States government. It is not in the interest of United States policy to see there is really a hot war break out here. And for the Beijing government in the past 60 years also, I think they are quite reasonable, quite restrict. So I don’t think there is going to have a really big war, but if there happen just to have some some small military events, it’s possible. (So there might be shots fired?) Shots fired, it’s possible.

The View From the Other Side

A Japanese Twitter user sent me this video as a reply. I guess it serves to show how each side thinks they have all truth to themselves.

Personally, I cannot identify with nationalism of any kind. In a letter to the Taipei Times, a reader jokingly suggested that Japan, China and Taiwan should all relinquish their claims on the islands and transfer sovereignty to one of the small Pacific island nations nearby. I think this suggestion has a lot of charme. 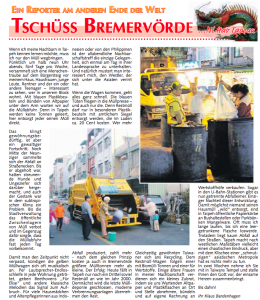 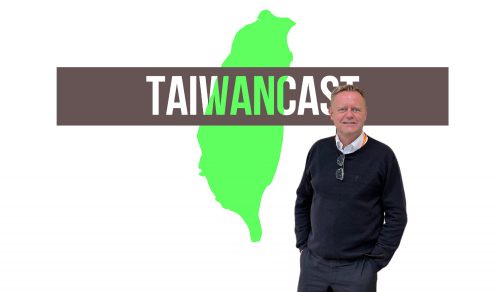 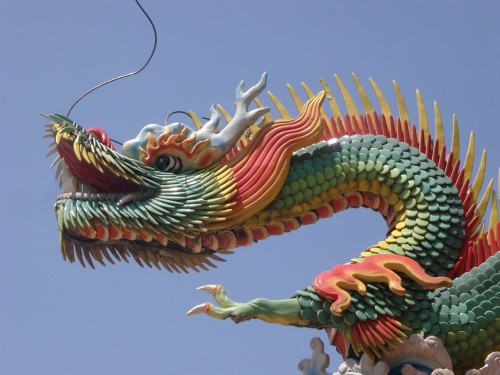