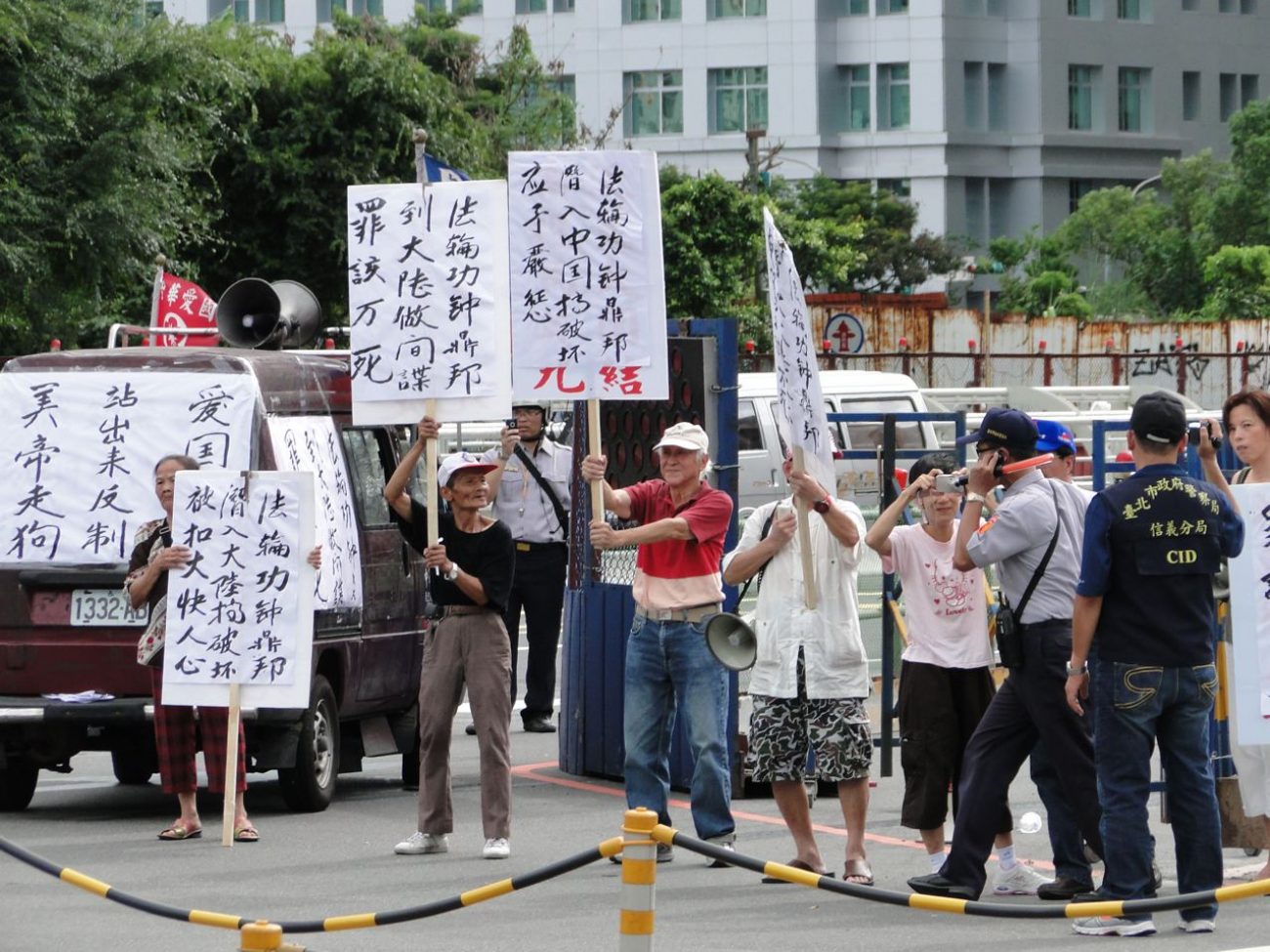 When several thousand Falun Gong practitioners took to the streets today in Taipei, reminding everyone that their group has been persecuted in China for 13 years, these people showed up to protest: 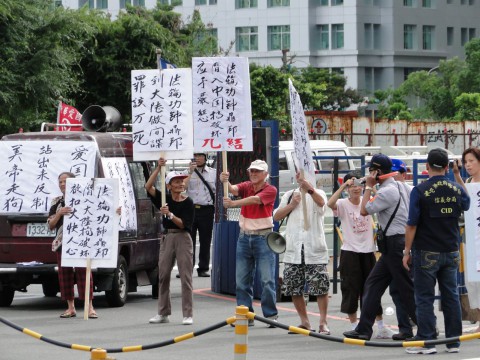 According to their van, they are supporters of a pro-unification, pro-PRC group called 中華愛國同心會 a.k.a. „Concentric Patriotism Association of R.O.C.“. Probably, they are the same ones driving through town with a PRC flag on their cars and speakers blaring from time to time.

On their banners, they attacked Bruce Chung (鍾鼎邦), the Taiwanese citizen and Falun Gong practitioner who has been arrested in China more than a month ago. They accuse him of being a spy sent by Falun Gong, and that the arrest serves him right. Note the exclusive use of simplified Chinese characters.

About one minute after this handful of people showed up unanounced, police intervened and told them to pack up and leave. I filmed this video:

There was no shouting or pushing. Police seemed determined and in a no-nonsense mood. No one from the Falun Gong side crossed the road to confront these people.

The parade continued peacefully towards Freedom Square, where it ended with a candlelight vigil.

Several thousand Falun Gong practicioners paraded through Taipei to commemorate the 13th anniversary of their organization's persecution by the Chinese government. 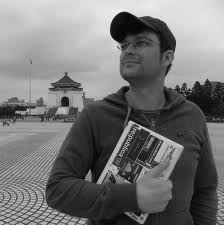 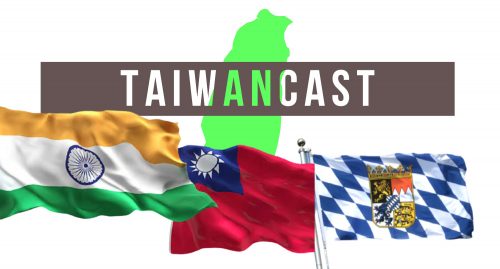 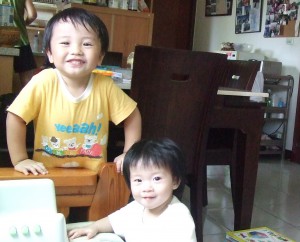