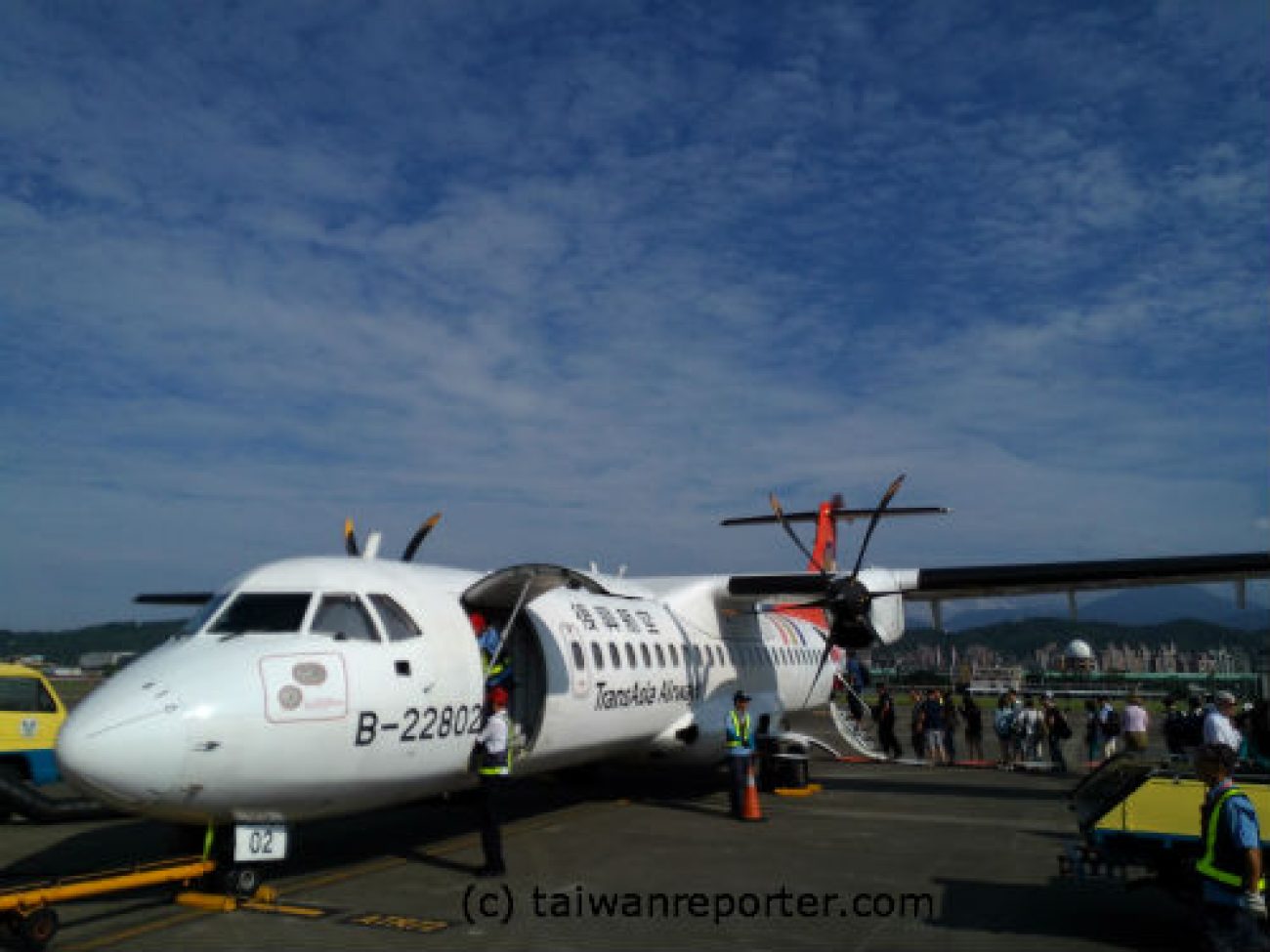 This is bad. Most people in Taiwan were happy that typhoon Matmo gave them a day off today and spent the day at home, watching strong winds and rain through the windows. Now in the evening comes the shocking news that around 7 p.m. a passenger plane crashed in Magong (Makung), capital of Taiwan’s Penghu islands (Pescadores), while attempting an emergency landing.

Photo shows nearby of the airport in Taiwan’s Penghu County where a TransAsia Airways plane caught fire; 51 died pic.twitter.com/nvZWKQuMGY

It’s not clear yet which part the weather conditions played, but right now it’s hard to think of different reasons. According to Taiwanese news agency CNA, there were 54 passengers and 4 crew on board the Trans Asia ATR 72 turboprop plane when it crashed.

I might have been sitting in the same plane

When I went to Penghu last September, I took this TransAsia plane. 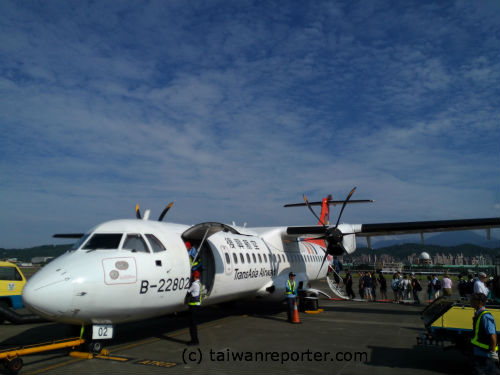 It might just be the one that crashed. So you can imagine how I feel about today’s news.

(Photo taken on the tarmac of Magong airport.)

The plane that crashed was en route from Kaohsiung in south Taiwan to Magong, a flight which normally takes about 35 minutes. The distance of the flight is 83 miles, or 133 km. CNA has this information:

You can find information on the crash at the Aviation Safety Network.

There’s something I find intriguing: If the plane took off at 5:42, and the flight was supposed to take 35 minutes, why did it only crash at 7 p.m., or even 7:15, according to that website? Why was the plane still in the air? If landing at Magong was not possible, why did it not turn back to Kaohsiung?

Unbelievably, this was the radar near the time of the crash of this plane in Taiwan. pic.twitter.com/Lr2xFM5OBF

Since in Taiwan it’s the time of the summer holidays right now, I am afraid a number of the passengers could be vacationers, maybe families. Penghu, which features some spectacular beaches, is a popular domestic holiday destination for Taiwanese.

Here is the TransAsia tailfin of ATR-72 of Taiwan plane crash with 51 feared dead, 7 injured. From Apple Daily TW pic.twitter.com/Gg3RqLTQOq

I am worried that this tragedy will deal another blow to Taiwanese’ feeling of security after a killing spree on Taipei’s subway left four people dead in May.

While living in a politically precarious situation, Taiwanese are used to the idea that the world’s big catastrophes and tragedies are playing out elsewhere. People followed the news about the downing of Malaysian Airlines MH17 in the Ukraine with the same feeling of shock as people everywhere in the world. Now their country has suddenly become the center of attention.

Natural disasters are an exception to the “happens elsewhere” rule – Taiwanese have a lot of experience with typhoons and earthquakes. There are reports that today’s typhoon caused heavy landslides in Taiwan’s mountaneous eastern region, so I am afraid we might wake up to even more bad news tomorrow.

Right now, everybody’s thoughts should be with the wounded and the families of the victims.

But some very uncomfortable questions will have to be asked:

And one more thing: I hope Taiwanese media will show some decency when dealing with the survivors and the families of the dead. Please just leave them alone when they don’t want to talk to you. 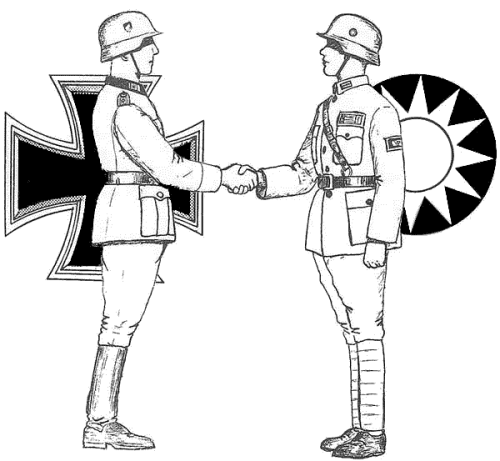 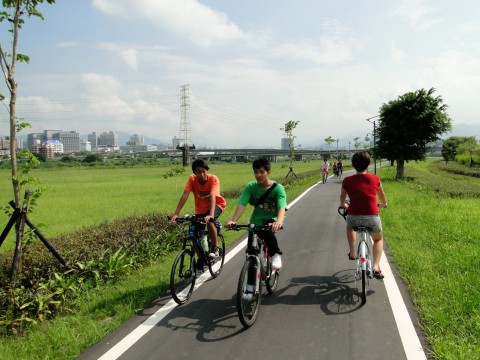 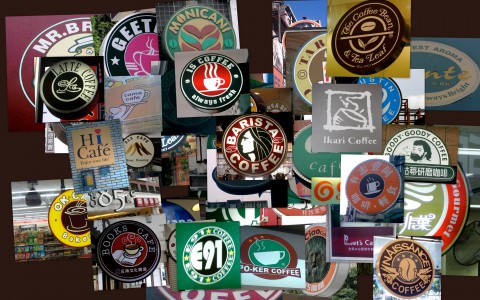 Best coffee in Asia? And a collection of Taiwanese coffeeshop logos

German-Taiwanese discussion: How to deal with an authoritarian past? 見證與反思—台德人權博物館實踐經驗交流論壇