How some people experienced the rallies on Taiwan’s Super Sunday. And tweeted about it.

A collection of tweets and pictures using storify.com.

How the KMT is campaigning for Taiwan’s undecided voters

The other day, I found this Kuomintang campaign flyer in my mailbox. It looks like a good example of how the party is trying to win over undecided voters by focussing on issues like economy and administrative performance. Divisive topics like the future of cross-strait relations, national identity and self-identification, references to the Chen Shui-bian […]

With exactly one month to go until Taiwan’s presidential and legislative elections on January 14, I want to share some good sources of English information about what is going on. Ballots & Bullets Comprehensive campaign coverage by Taiwan scholars, hosted at the University of Nottingham. Frozen Garlic – A Blog on Elections in Taiwan Analysis […] 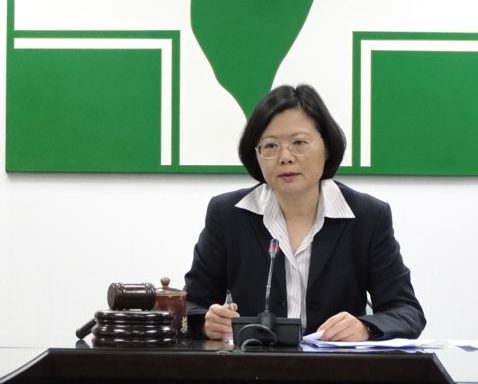 Taiwan’s first female candidate for president, Tsai Ing-wen of the Democratic Progressive Party (DPP), explains her ideas for putting cross strait relations on a multilateral basis, and about Taiwan’s trade relations with China. After winning the DPP’s primaries, Tsai’s candidacy was confirmed on 27 April, 2011. Taiwan’s elections for President and Parliament are scheduled for […]